This year all our classes have been named after gold medal winning Olympic athletes.

Children who kept their golden time or scout time this half term were lucky enough to take part in the Halloween Always Event! They had the chance to decorate Halloween biscuits, try apple bobbing and play Halloween games to win sweets and prizes! The children who attended had a fantastic time!

Year 4 parents were invited in to join the children during their inspire mornings. During this time, the parents and children had the opportunity to work together to be creative creating Halloween arts and crafts and treats! All the children and parents really enjoyed themselves.

Who ruled the Empire?

Year 4 are focusing on History this half term looking at the Romans. The children took part in a hook lesson where they found out about emperors and created laurel wreaths. The children have developed their knowledge on Julius Caesar, Claudius and Boudicca. Over the next few weeks, children will be learning about what the Romans brought to Britain and what we still use now as well as creating Roman mosaics.

What's around the bend?

During autumn 2, year 4 focused on the geography topics of rivers and mountains. For their hook lesson, children took part in some mini challenges on how to cross a river, this included a huge amount of team work. Throughout the unit, we learnt about the most famous rivers and mountains across the world as well as looking at the features of the river. As design technologists, we designed and created a 3D model of a river. Take a look at some of our work below. 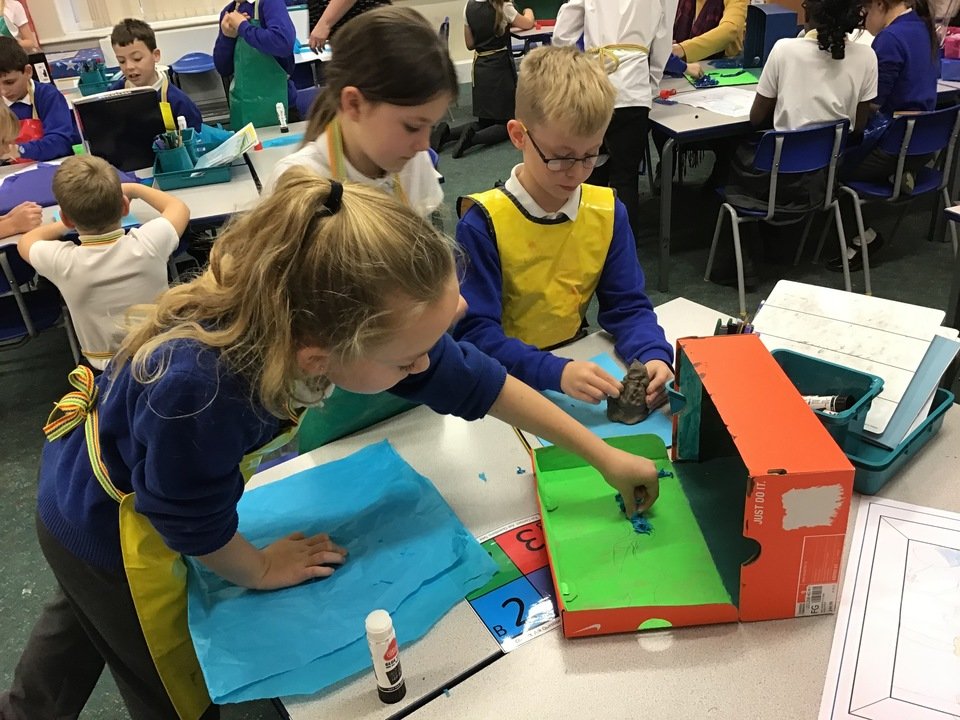 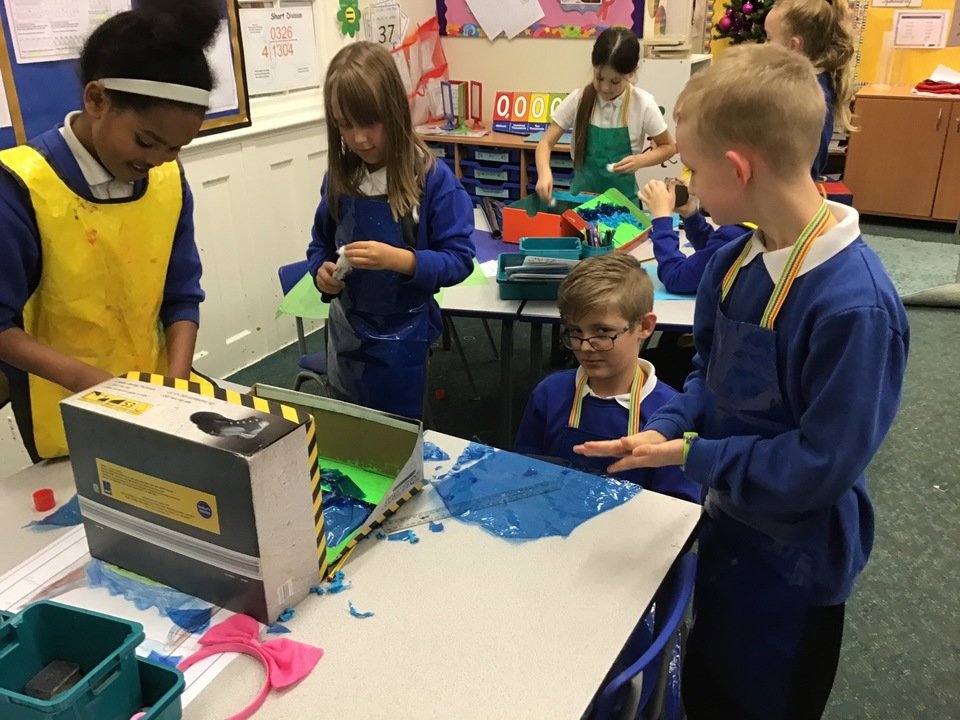 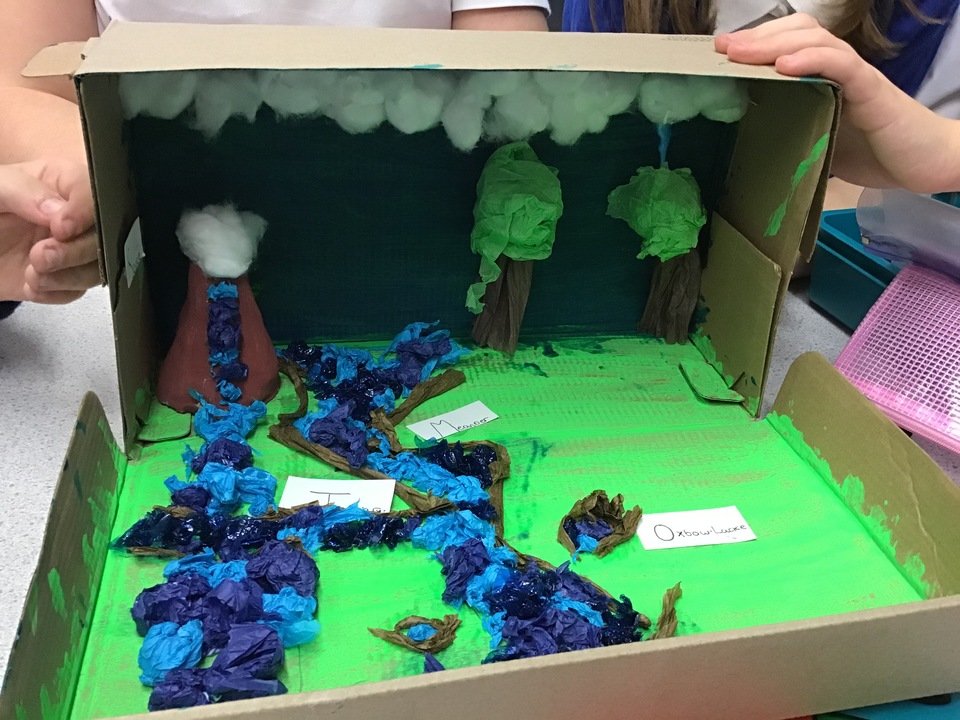 Our focus during this term was the Ancient Egyptians. We started the term by mummifying a member of our table and writing our names in hieroglyphics. Throughout the term, we have learnt about the importance of the pyramids, Egyptian Gods and the river Nile. Using our art skills, we made Canopic jars and learnt about the job of an embalmer. We visited Leeds City Museum, where came face to face with a real mummy. 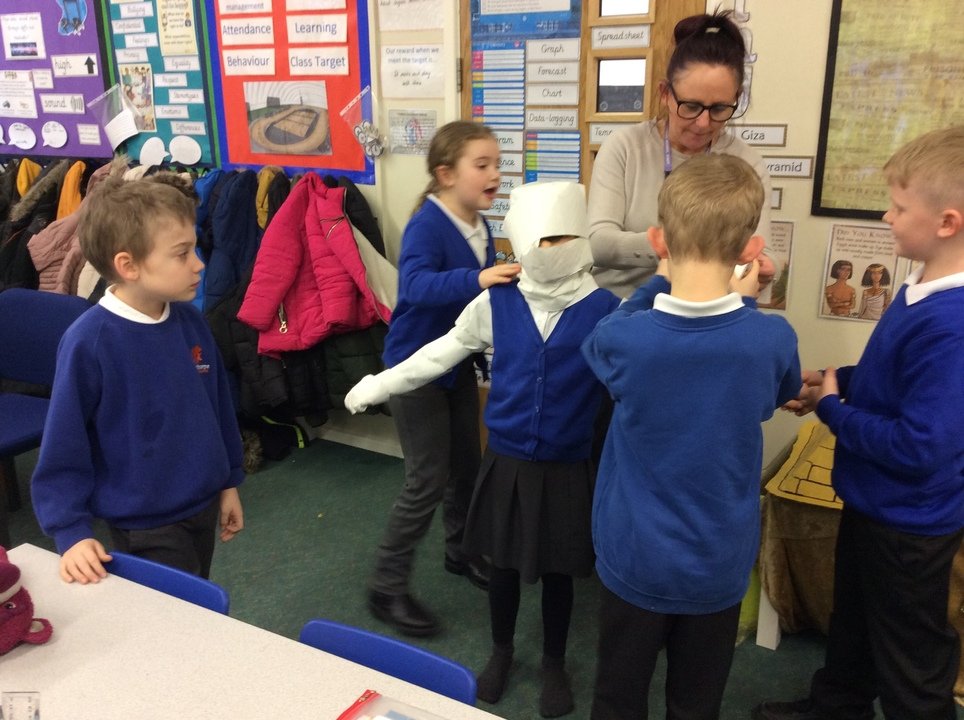 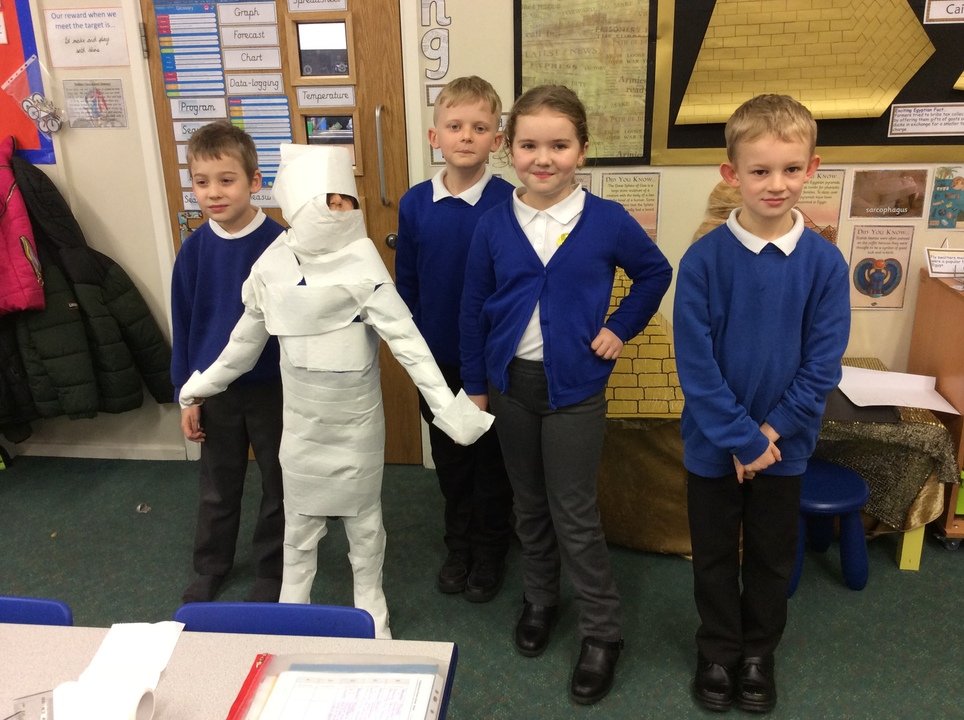 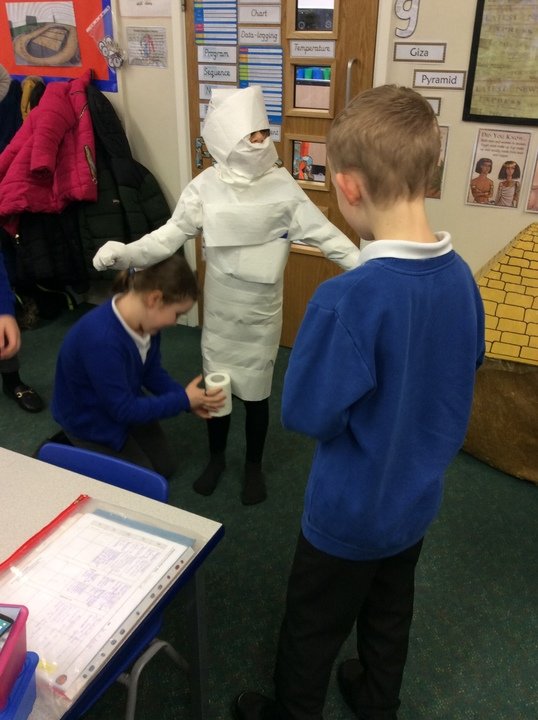 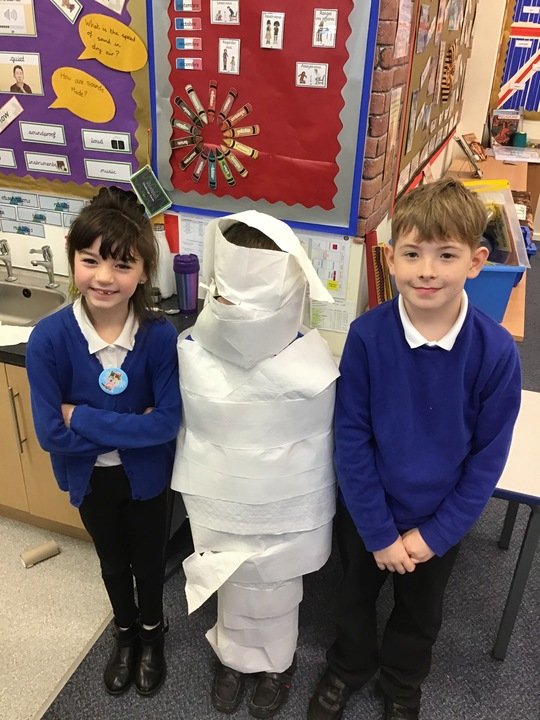 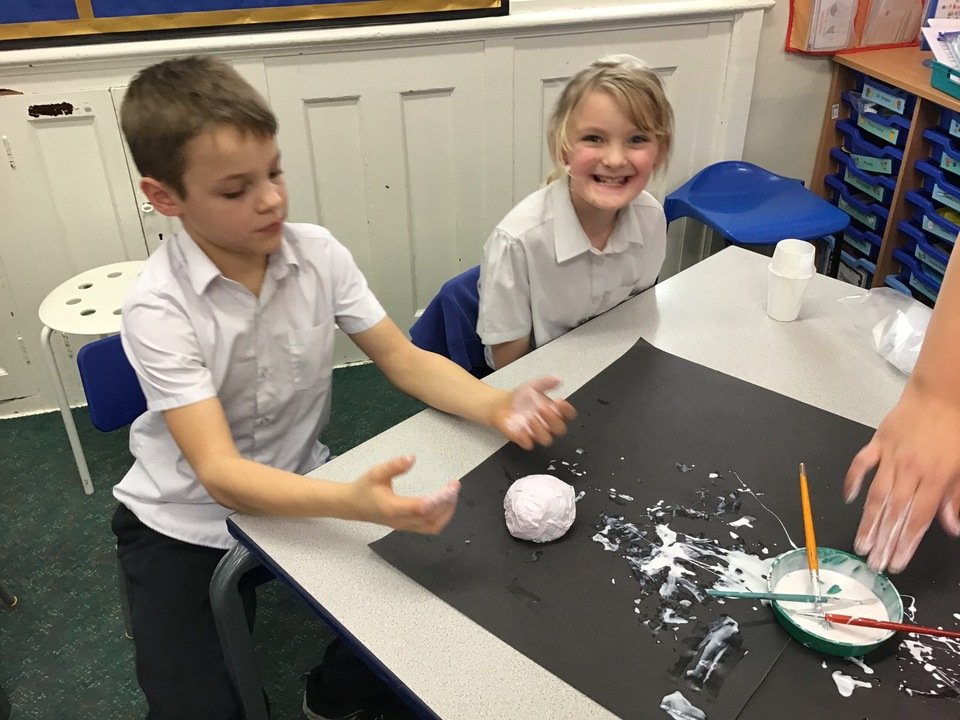 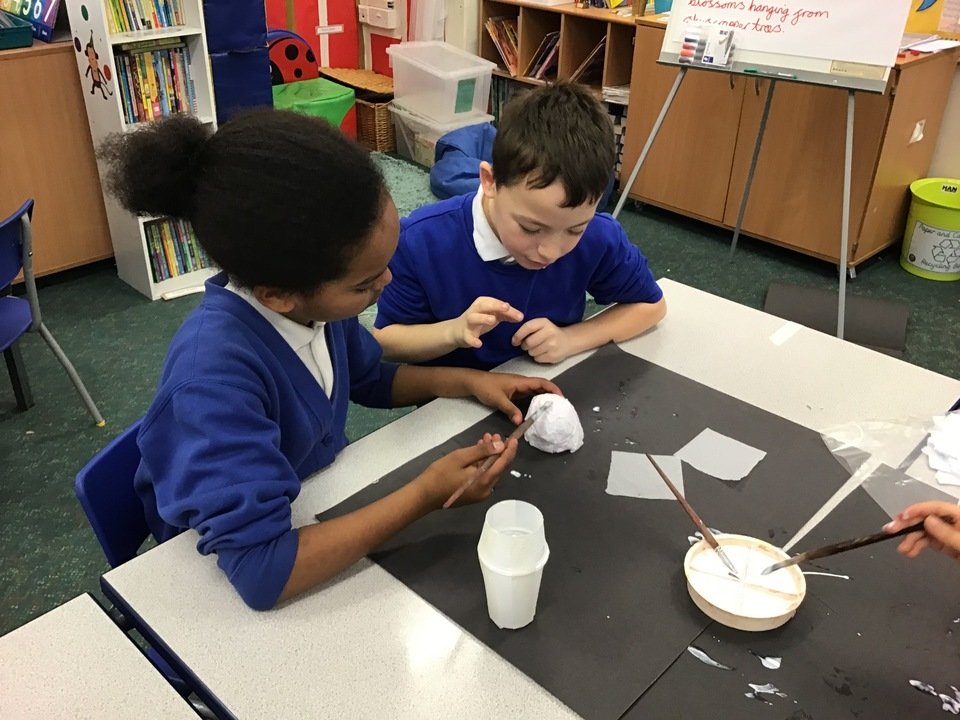 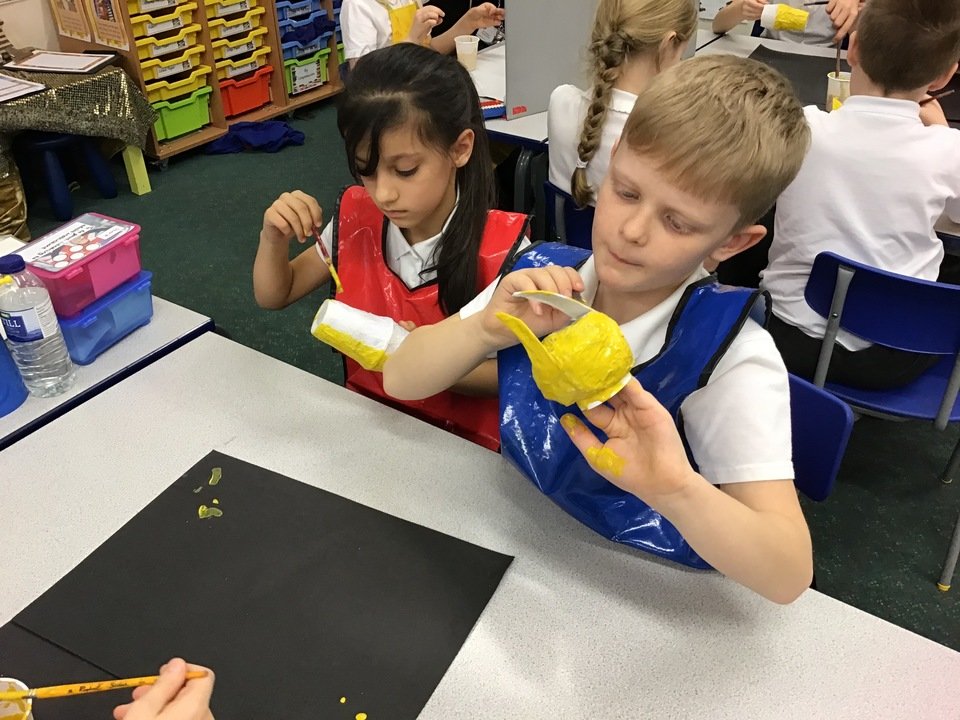 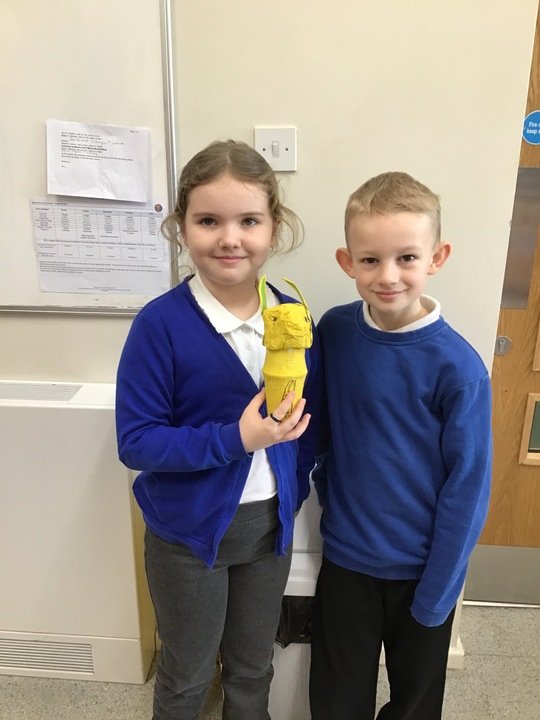 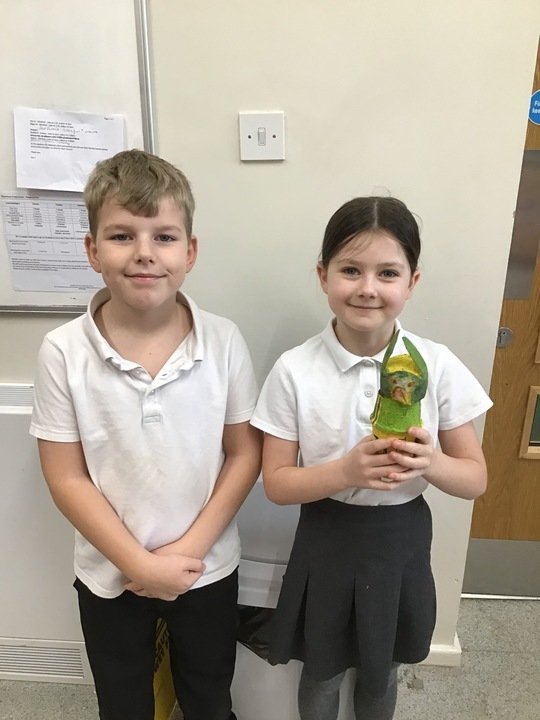 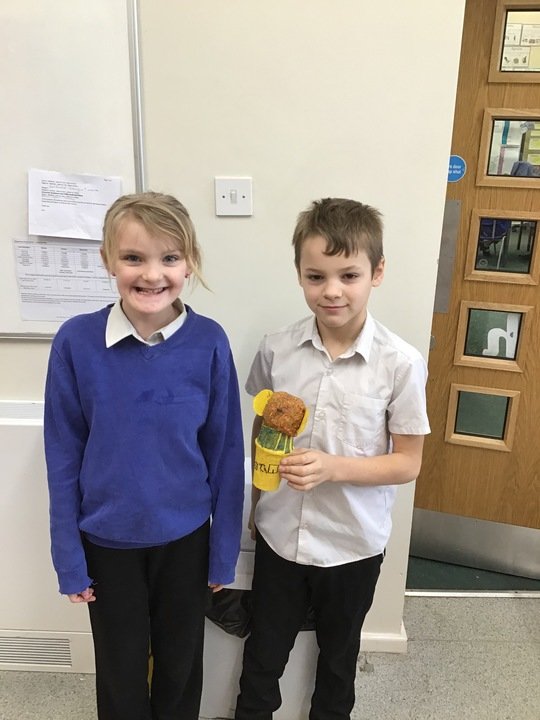